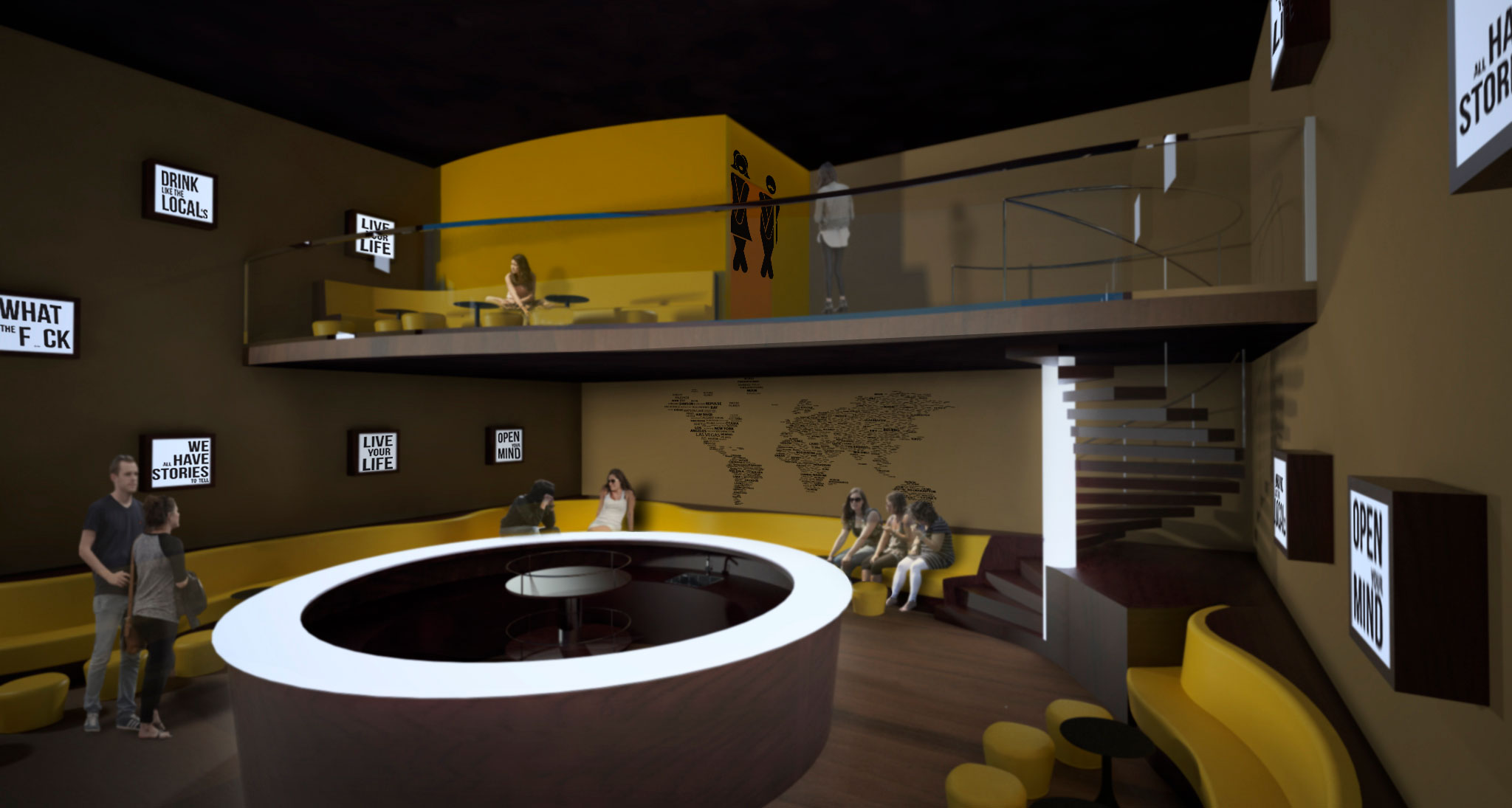 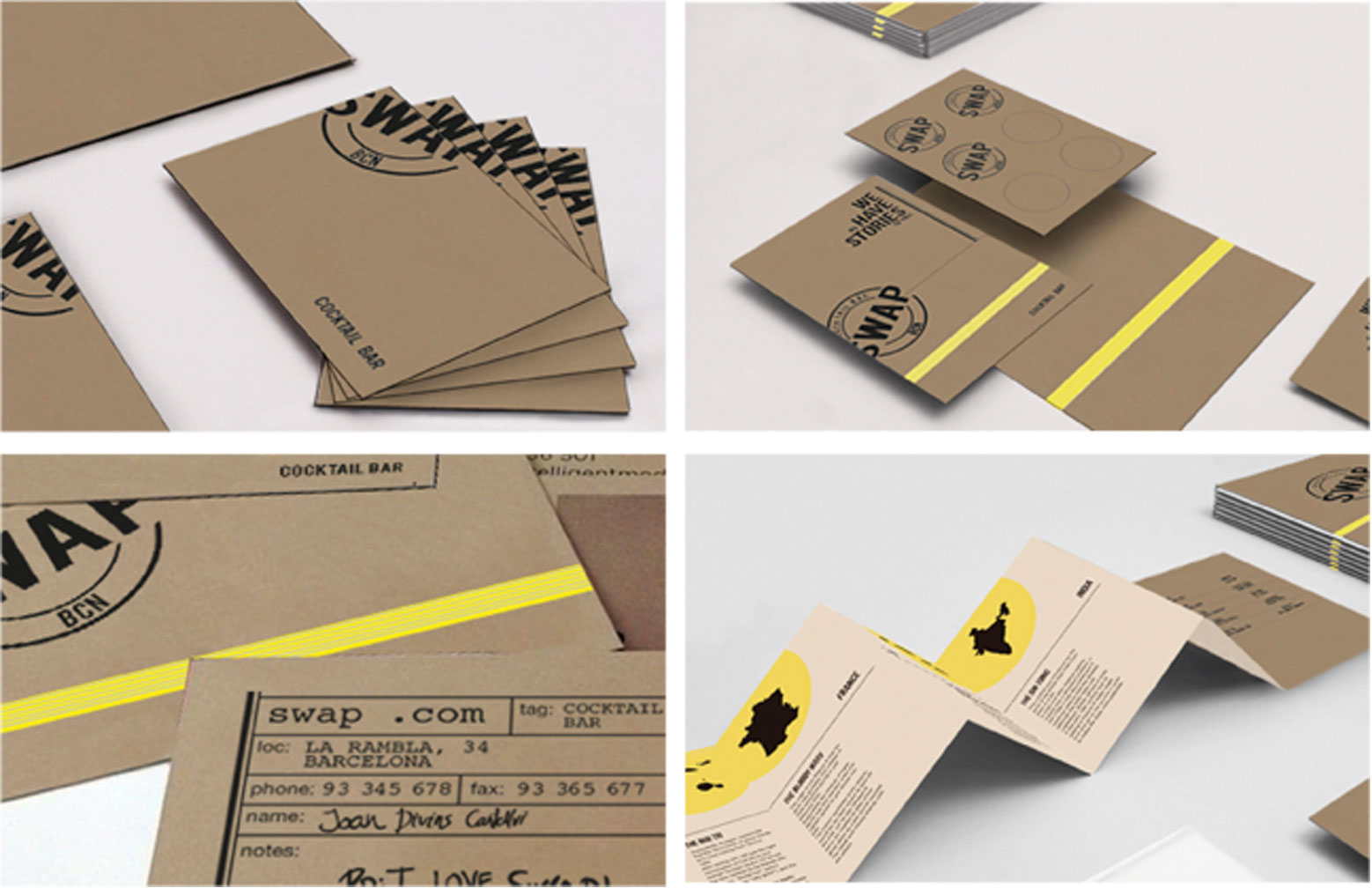 SWAP is a cocktail bar focused on Erasmus people who are spending time in Barcelona. We decided to design a space where they will find someone like them, so that is why we made a cozy, warm and friendly cocktail bar.

Therefore, this space situated in las Ramblas. Firstly it looks a little bit serious, but when you are in it you will realize that it is totally the opposite. The objective of this project is to make a space where people can easily move inside it. We had the idea of a continued platform exaggerating the organic form. And inside it there are tables with some tabourets which can be moved. The bar is in the center taking the most attention of the space..

About the graphic part, we chose SWAP for the naming.Thereafter, we had to create the logo, so we wanted to make one that simulates a stamp. We also considered making all the graphic part following this idea: designing the menu like a passport, and the business card too.